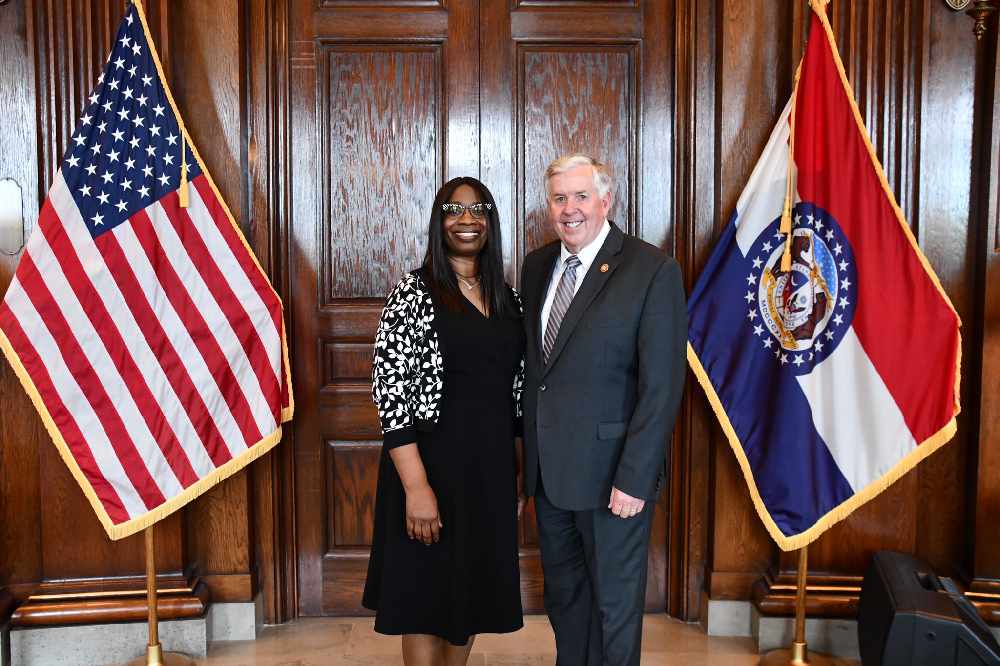 For the first time in Missouri, a black woman will serve on the Missouri Supreme Court. Governor Mike Parson made the announcement on Monday, May 24.

Judge Robin Ransom is the newest member of Missouri’s highest court and filled the vacancy left by Judge Laura Denvir Stith, who retired in March 2021.

Ransom previously worked for the St. Louis County Public Defender’s Office and the County’s prosecuting attorney’s office. She is currently a judge on the Missouri Court of Appeals in the eastern district.

“I was raised that I can’t cure all the social ills and the injustices that are out there and this appointment won’t do that,” said Ransom.

Twenty-five candidates applied for the position on the Missouri Supreme Court. Ransom was one of the three judges nominated by an appellate judicial committee who sent the nominees to Governor Parson on Friday, May 21. After eight hours of public interviews, and nine hours of balloting, the governor ended up choosing Ransom.

“While I may be the first African American woman to be part of this court, I would also like to say that I have never lived by a label or by any identity that anyone has tried to put upon me when I look in the mirror,” said Ransom. “I’ve always been Robin and I’ve always lived my life to be kind to everyone and to be the best person that I can be and I bring those same attributes to being on this court.”

The new Missouri Supreme Court judge grew up in North St. Louis city and said she is “flabbergasted” to be the newest member of the court.

“Growing up in North St. Louis City, which is where I’m from, and that’s still close to my heart, Fairground Park, my mom still lives there and to make it all the way here,” said Ransom. “Personally, I am still flabbergasted.”