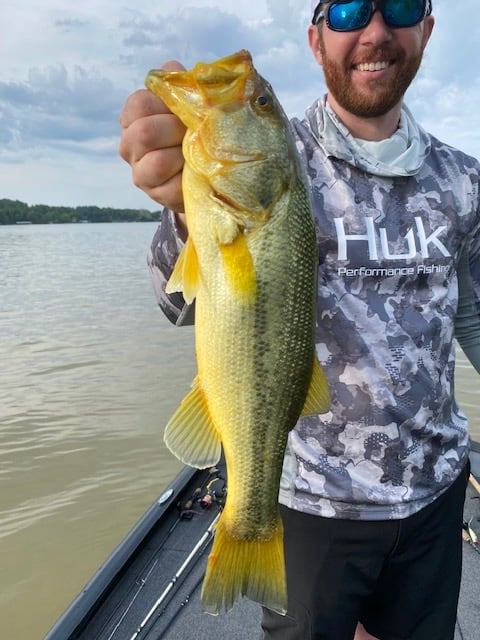 A Bentonville, Arkansas man reeled in the catch of a lifetime recently.

According to Arkansas Wildlife Magazine, Josh Rogers was fishing at Beaver Lake when he reeled in a golden-hued largemouth bass.

“I had two thoughts when I caught it,” Rogers told the magazine. “The midlake area on down is uncharacteristically muddy now, and I know that bass get light-colored when they are in the mud. But when I looked at the mouth and gills, I wondered if he was sick. My buddy I was fishing with said, ‘Surely it’s not something he’s eating that would turn him that color.’”

“The unusual bass has what is known as Xanthochromism, which is the loss of darker pigment with the pigmentation replaced with yellow. This is very rare and does occur naturally,” Stein said.

Rogers said he released the fish after catching it, but he’s planning on having a replica made through his photographs.