The Barber Shop with Jim Barber 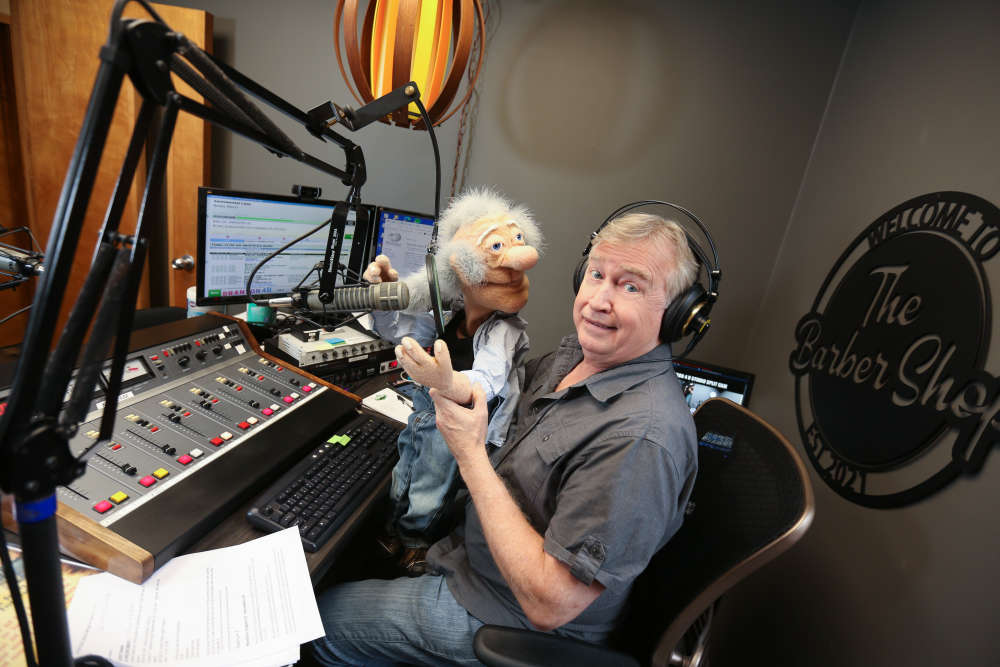 Jim's background in the arts is varied, and includes everything from visual arts (drawing, cartooning, sculpture, photography, painting, puppet and ventriloquist figure making), performing arts (acting, theatre design, ventriloquism, magic & illusions), as well as musical arts (singing, percussion, drums, guitar, banjo). His on-stage performing career has taken him around the world multiple times as an entertainer aboard major cruise lines and entertaining our military troops with the USO.

He was voted the NACA Comedy Entertainer of the Year for his performances at nearly 2,000 college campuses across the country in the late 80’s and early 90’s, followed by featured spots on many top Branson theatre productions including the Glen Campbell Goodtime Show, the Eddie Rabbitt Show, The Osmond Family Theater, The Tony Orlando Show, Jimmy Osmond’s American Jukebox Show, and also at his own Hamner Barber Variety Show and theatre for 10 years. Jim’s comedy has been featured on many national television networks including A&E, CBS, FOX, ABC, TNN and RFD-TV, with his favorite appearance being on the Late Show with David Letterman.

Jim also has extensive background in multimedia production and marketing, having earned his BA degree in Broadcasting from the University of Minnesota as well as an Associate’s Degree from the Art Institute of Philadelphia. He has personally developed marketing and advertising campaigns for many Branson area businesses.

Since April 2017, Jim has served as the Executive Director of the Branson Regional Arts Council providing arts education, visual arts exhibitions and high quality, live musicals and plays at the Historic Owen Theatre in downtown Branson. Jim has also served on many non-profit boards and is currently involved with Missouri Citizens For The Arts, Missouri Association of Community Arts Agencies, Downtown Branson Betterment Association, Salvation Army of Branson, Vent Haven Museum and is an Elder at First Presbyterian Church of Branson.