Medicaid Expansion Does Not Violate Law According to Missouri Supreme Court 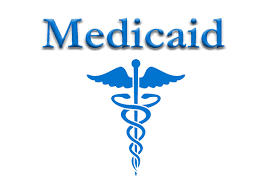 The High Court says that the voter-approved plan to offer Medicaid to more people should stand.

The unanimous decision on Thursday sends the case back to Cole County Circuit Court. The state Supreme Court ruled that the 2020 ballot measure approving the expansion of the government-operated health care plan did not violate the Missouri Constitution because it “does not appropriate money and does not remove the General Assembly’s discretion in appropriating money to MO HealthNet.”

“Today’s unanimous Missouri Supreme Court decision is a complete vindication for those who have worked to expand health care access and a thorough rejection of those willing to defy Missouri voters and ignore the rule of law to stop it from happening. We expect the trial judge will follow the Supreme Court’s clear direction and promptly order the state to begin providing Medicaid services to the expanded population as mandated by the Missouri Constitution,” said House Minority Leader Crystal Quade.

(story by Chris Six, Ozarks First with additional reporting from the Associated Press)