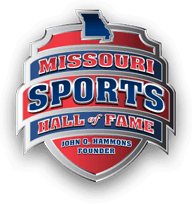 Two people with connections to the Lakes Region are among those honored by the Missouri Sports Hall of Fame in their "Diamond 9" Group, honoring accomplishments of Missouri High School and College Baseball and Softball Players during their awards luncheon on Wednesday.

Willy Morgan is a Lake Area Native who attended school in Kirbyville before attending Branson High School and helping the Pirate Baseball program to success in finishing second in 1989 and 92. Morgan's 33 Stolen Bases in 1992 is still a school record. After attending junior college in Texas for a year, Morgan returned to the Lakes Region finishing his playing career at College of the Ozarks, where is received several honors during this three years playing for the Bobcats. After graduation, Morgan started teaching and coaching, spending 16 years in Kirbyville and this year, will wrap-up an eight year stint coaching and teaching in Hollister. Morgan will head back to Kirbyville in the fall and assume the role as the school's Activities Director.