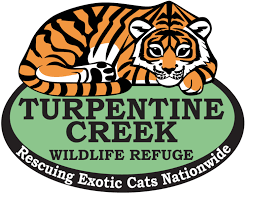 A big cat park in Eureka Springs is caring for some animals formerly owned by “Tiger King’s” Joe Exotic.

Tiger King Park is now owned by Jeff and Lauren Lowe, who had to surrender 68 big cats from their park to the federal government.

A federal judge “found that the United States had a likelihood of success on the merits of its claims that the Lowes had violated the Endangered Species Act, as well as the Animal Welfare Act.”

A press release from the Department of Justice (DOJ) said the Lowes were not properly caring or feeding their animals and didn’t have a qualified veterinarian employed at the park. The Lowes had to surrender all tiger cubs under the age of one year old as well as their mothers to be housed in proper facilities.

Turpentine Creek Wildlife Refuge (TCWR) said it got a call from the DOJ to house 13 of the 68 animals. Team members from TCWR made two trips to bring back the 13 animals and helped transport eight animals to other sanctuaries within the Big Cat Sanctuary Alliance (BCSA).

The 13 animals at TCWR consist of lions, tigers, a jaguar, a liger, and a li-liger. They are going through medical examinations by the facility’s veterinarian.

TCWR president Tanya Smith said she is grateful the animals are now safe at proper facilities.