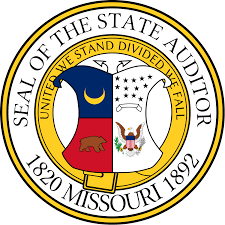 A transition in the Stone County Collector's Office has not impacted the efficiency of the Office according to a recently completed audit.

When Vicki May stepped down as Collector at the end of February, Missouri Law required the State Auditor conduct an audit of the office. The results of that audit, released on Tuesday, indicated that the office received an Excellent Rating, the highest score issued for Audits.

In a Press Release announcing the findings, State Auditor Nicole Galloway says, "This audit confirms the Stone County Collector's Office was run in an efficient and cost-effective manner. "This is great news for the taxpayers of the county and an example to offices throughout the state."

May was in her 21st year as County Collector prior to resigning in February to help care for her 98-year-old Mother and spend more times with her grandkids. Prior to being County Collector, May spent 16 years as Stone County Treasurer.

Governor Mike Parson appointed Deputy Collector Anna Burk to fill out the remainder of May's term through the end of 2022.

A copy of the audit report is available on the Missouri State Auditor Web Site.