New Alzheimer's Medicine Not Perfect, But Brings Hope According to Area Doctor 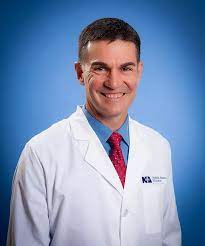 A new medicine approved by the Food and Drug Administration for the treatment of Alzheimer's is controversial but does bring some hope according to an area Doctor.

Linker has been involved in this work for 25 years. During his Fellowship he studied what people would be susceptible to the disease. He said he was drawn to this work because his grandparents and father were affected by a kind of dementia. “I just like the brain,” he said.

Linker commented on the medicine treatment for the disease. He said there are other medicines out there that might be even more effective than the one that was just approved. The controversy surrounding the new treatment is due to a clinic trial showing no benefit and a second one showing only some benefit. “The current medications do nothing to slow down the disease, and they really don’t help that many people,” he said.

He said this new information and medicine brings hope. “This [the new medicine] does promise to help some people.” He also said it promises to bring additional new therapies.

The full interview with Linker is on Around The Table’s Facebook Page.